Scott Mason, President
As a child raised in a Tucson church with a wonderful organist and pipe organ, I grew to love the music of J. S. Bach. In high school, I taught myself to play keyboard from Bach’s music, and expanded my interest in the Baroque by building a harpsichord during my freshman year at the University of Arizona. While I decided to study electrical engineering as my primary degree and profession, I committed myself to early music as an avocation for virtually every other waking moment, a lifestyle that I have continued to this day.

Through the years, I have constantly pursued Renaissance and Baroque music, learning recorder, viola da gamba, lute, voice, and continue to play harpsichord, clavichord, and pipe organ. I enjoy singing Anglican Evensong services when the opportunity arises. I am proud to be the president of three volunteer organizations, all of which were founded in Tucson by my long-time friend, Ulrich Michael. These organizations are Arizona Early Music, the Tucson Recorder Society, a chapter of the American Recorder Society, and the Viola da Gamba Society–Southern Arizona, a chapter of the Viola da Gamba Society of America.

I have two grown children, and five grandchildren, all of whom live locally.  When not playing early music, I enjoy bicycling, hiking, and photography. 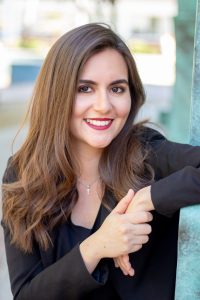 Mariana Mevans Vidal, Secretary
Mariana Mevans Vidal is a doctoral student in musicology with a minor in organ performance at the University of Arizona. She earned her master’s degree in harpsichord performance under the mentorship of Dr. Pamela Decker at the University of Arizona and completed her bachelor’s degree in piano performance at the University of Sonora in Mexico. Already as an undergrad, Mariana had a special connection with early music. Her experience as a performer with Arizona Baroque and participating in early music festivals in the United States, Latin America, and Europe provided her with formative experiences which cultivated a passion for performing music from the Baroque and the Renaissance. Mariana’s current research focuses on the music by Rafael Antonio de Castellanos at the Cathedral of Guatemala during the 18th century. She joined AEM as a student member in 2018 and became the board’s secretary in October 2022. As a hobby, she loves to bake and decorate cookies. 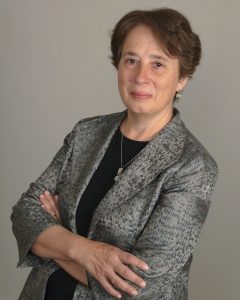 Laurie Camm, Treasurer
I came to love early music from my choral experiences: what we call “early music” was a staple in high school and college choirs, church choirs, or Amor Artis (NYC). I was a paid female singer at an all-male Oxford college where the college’s music students had to sing their way through the required syllabus in the chapel choir. That was a whirlwind from medieval chant right through to modern compositions but the core was Renaissance and Baroque.

I grew up in Brooklyn and spent most of my career in finance, mostly in New York. When my husband and I decided enough was enough, we moved to Tucson “to live somewhere sunny.” We moved on a whim, without thought or expectation, but to my surprise and delight, Tucson turned out to have early music concerts of the quality of “Carnegie Hall,” my NY-oriented gold standard. So I wanted to be a part of it and make sure that this very special artistry and repertory could stay a part of my life, as well as introduce others to the intimate way historical performance takes us to places and people of long ago and far away. 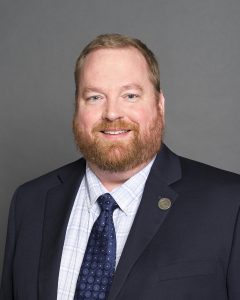 Dr. Andy Dolphin, Director
Andy Dolphin joined the Arizona Early Music board in October 2020, and currently serves on the finance and governance committees. While his education and career have focused in technical fields (physics, astronomy, and engineering), he has maintained an interest in and love of music. Over the years, he has played trumpet in bands and orchestras, sung in choirs, directed instrumental and choral ensembles, and obtained a master of music in choral conducting while completing his doctorate in astronomy. His interest in early music blossomed while in graduate school, when he frequently performed Renaissance choral music and highlighted it as part of his master’s recital. Outside of work and music, Andy enjoys hiking, golf, and sports analytics. 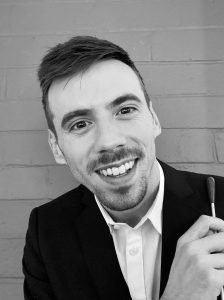 Dr. Jeff Vanderlee, Director
Jeff is an active educator and musician in the Tucson area, and just recently joined the Arizona Early Music board. He currently works as an Assistant Professor of Practice in the choral faculty at the University of Arizona. He conducts two choral ensembles, teaches private graduate conducting lessons and the second semester of undergraduate choral conducting, as well as oversees graduate research. His own research centers around the choral motets and dialogues of Johann Christoph Bach (1642–1703), and the wealth of rhetorical expression found within. Jeff is also the Director of Music at St. Mark the Evangelist Catholic Church in Oro Valley, where he conducts the Adult Choir and Schola Cantorum. 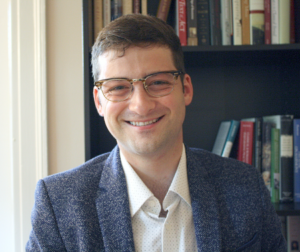 iardino, Executive Director
Email: dgiardino@azearlymusic.org
Dominic Giardino joined Arizona Early Music in July 2021 as the series’s first professional administrator. Before joining AEM, Dominic held administrative positions with Three Notch’d Road: The Virginia Baroque Ensemble, The Colonial Williamsburg Foundation, and the Eastman Community Music School. In addition to his work with AEM, he maintains an active professional life as an administrator, performer (historical clarinets), researcher, and consultant. As a historical clarinetist, he has recorded with the Smithsonian Chamber Players, Three Notch’d Road: The Virginia Baroque Ensemble, and Newberry’s Victorian Cornet Band. Dominic is a member of Early Music America’s board of directors where he serves as the board’s secretary and chair of the programs committee.